Suicide is the leading cause of death in people aged 15-44. In 2017, 3,128 Australians took their life, the equal highest recorded rate in the past decade. That’s an average of eight Australians lost every day to suicide.

The PukaUp Grand Tour in 2019 saw 32 cyclists including former AFL stars Ryan O’Keefe, Scott Cummings, as well as Puka Up CEO Wayne Schwass, pull on the lycra for a grueling 1,818 km journey across Victoria. The PukaUp vision is simple, "to create environments that allow every person to have authentic and genuine conversations about mental health and emotional well-being." 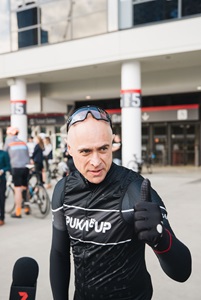 The stats show that the rate of suicide is higher in regional Australia, which is why Schwass chose to have pit stops in places like Bendigo and Ballarat to empower these communities with forums to develop the tools and strategies to maintain their emotional wellbeing.

Locals also had the chance to sign the Puka Up van to show their commitment to starting a conversation about suicide prevention. 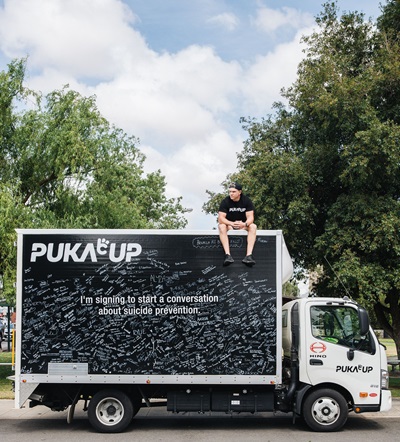 This conversation is especially important in susceptible groups, such as:
- Men, who accounted for 75% of suicides in 2017.
- Aboriginal and Torres Strait Islander people, who have twice the suicide rate of non-Indigenous Australians.
- Employees in the construction industry, who have a 71% higher suicide rate than other employed men.

AVJennings is a proud sponsor of PukaUp. Show your commitment this World Suicide Prevention Day by sharing this link containing suicide and crisis support resources with friends and family.
https://www.pukaup.com/help